It is insightful to know that December is the most abundantly holiday-rich month of the year. The month with the least amount of physical light from the sun, in the northern hemisphere, is the month where human beings have honored and celebrated religious, astrological, and community holidays as early as 133BC from written historic accounts.

Two-thirds of December's days are joyously sprinkle with various celebrations, occupying approximately 20 days of the month, starting with St. Nicholas day on the 6th. Featuring the very famous Santa Clause, formerly known as the Dutch inspired Sinter Klaas or Sint Nikolaas. This generous man of epic proportions can be seen in documents as early as 260-280 AD in a village called Patara and was known to be a monk named Saint Nicholas in what is modern day Turkey.

December 8th brings the Buddhist celebration named Rohatsu or Bohdi Day, sanskrit meaning enlightenment, honoring the spiritual leader Siddhartha Gautama, Buddha’s decision, vow, and action to sit under a bohdi tree until spiritual enlightenment was reached... birthing the practice of meditation. The day includes meditating through the night until dawn. Decorating a bohdi tree with lights and statues of Buddha displayed with time of praying; and quiet meditation - thinking about the Noble eightfold Path and Four Noble Truths are cornerstones of the Zen Buddhist community. The bohdi tree is considered a sacred fig or “tree of awakening”.

Additionally on December 8th, the feast of the Immaculate Conception is celebrated with a day of prayer and songs, such as Hail Mary and Holy Queen, in reverence of the woman that conceived and birthed Jesus of Nazareth, proclaimed son of God.

Las Posadas or Posadas Navideñas is a Christian holiday brought to Latin America by the Spaniards. It celebrates the events leading to the nativity or birth of Jesus with a novena, nine days of prayer-filled parties at a different home each night from December 16 through the 24th, honoring Mary and Joseph’s journey to Bethlehem. People dress as angels, Shepherds, Inn-keepers, Mary, and Joseph, singing songs and asking for a place to stay along the parade-like celebration.

Hanukkah or Chanukah, the 8 day Judaic holiday, began on December 18 and goes through the 26th this year. It is a festival of Rededication, known as the festival of lights, commemorating the triumph of Jewish warriors and re-establishing their religious practice in Jerusalem... specifically, paying homage to light over darkness, spirituality over materiality, and the Rededication of their Temple. Lighting a candle every night is a symbolic honoring of the one day supply of oil miraculously achieving eight days of candlelight. Gift giving, dreidel spinning, singing Hanukkah songs, and eating special foods like latkes, potato pancakes, and jelly donuts are part of the celebration rituals.

December 21st is the Winter Solstice, astrologically beginning the first day of winter, with the shortest day and the longest night of the year. Ceremonies include purification, dancing, and gift giving. The Hopi culture welcome deified ancestral spirits called Kachinas for protection. This marks the day of the sun’s rebirth, symbolizing life, death, and humans’ connection to nature. In Pagan mythology, Norse Goddess Frigga gave birth to her “young sun” Balder, symbolically giving light to darkness.

On December 22th, predominantly the Mexican-American Catholics celebrate the Feast of our Lady of Guadalupe, honoring the appearance of Mary, Mother of Jesus in Mexico City. An inspirational, supernatural image that appeared to Juan Diego in 1531 several times instigated the building of the Basilica de Guadalupe the symbolic provider of unconditional love, justice, and protection.

Interestingly, the first known holiday, Saturnalia, was practiced in Rome circa 133 AD, and honored Saturn, the god of agriculture and time, and sounds familiarly like the Christian holiday of Christmas. Packed with similar traditions of making and displaying wreaths, feasting, gift giving, and dressing in colorful fancy clothes. Even a jolly person was selected by placing coins or small figure in a cake. The Roman culture encouraged role reversal, free speech, and revelry at this time of liberation and renewal. Choosing a person of the working class to become the “mock king” and provide merry making in the form of joking. Celebrated on December 17 through the 25th this year.

The celebration of Christmas, honoring the birth of Jesus, is a Christian holiday on December 25th. Filled with Christmas trees, wreaths, stockings filled with toys and candles for children, and gifts under a decorated tree. It is a joyous religious celebration, as well as a folklore of delight with the jolly man in the red fur suit and reindeer delivering toys to children in more than 160 countries. Pope Julius, in approximately 336AD, decided that the celebration of Christ’s birth would be on December 25th, aligning with the already established pagan celebrations. He may be pleased to see the delight that his decision has had on the world today!

In the religion of Zoroastrianism, on December 26th, throughout the Persian empire, celebrates the death of Prophet Zarathosht. The “Father” of Judaism and Christianity, he taught the then-new concept of monotheistic ideology that there is one god, heaven, hell, and judgement. Prayers, lectures, and discussions at the Fire Temple are the norm.

The Feast of the Holy Family for Catholics is celebrated on December 30th, honoring Mary, Joseph, and Jesus. It was started by Saint Francois de Laval in the 17th century as a liturgical celebration in the Church.

"December" comes from the latin word Decem meaning ten. It sure scores a 10 in the razzle-dazzle of celebrations times, it is true. Providing a time for human beings to experience reverence, rebirth, joy, gratitude and excitement, delicious foods, connecting with family, friends, colleagues and neighbors in traditions full of the spirit of gift giving, sharing light, love, and warmth. In this cold, dark, wintery, nature death-time, in the northern hemisphere, know that it is the human spirit, the delight in delighting others that sparkles brightest!

’Tis the season, to be jolly …….. and feel over-whelmed. As this celebratory time commences and the year of 2022 concludes, find solace in the delight of the familiar customs of festivities and know that a quick alignment and reframing is available thru the holidays. As family dynamics stir up old emotional traumas, be pro-active in an elf-like way by scheduling a session. 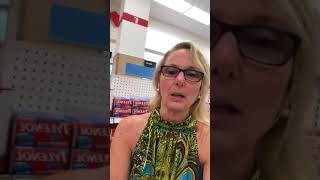 Living a healthy life without needing Advil and Tylenol 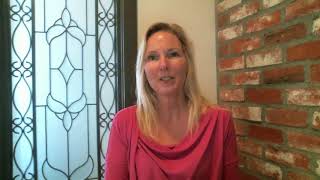 Need a plan for the next season of your life? 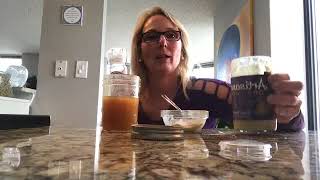 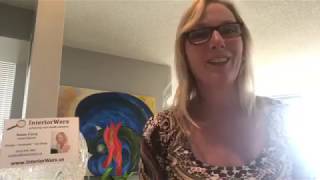